TABLE TOP GAMING IN THE TIME OF COVID – WHERE TO FROM HERE?

It’s the ‘new normal’ that we’re living in now. Masks, sanitising and social distancing. And for all of us, social distancing has meant no hugs, no dinner with friends and most certainly no in person table top roleplaying games. Devastating!

Now, traditionally, Dungeons and Dragons or any TTPRG for that matter have always taken place around a table. These sessions have always brought friends and strangers alike, together, with an opportunity to meet new people or just catch up and have a laugh with old friends. In short, this is meant to be a social experience. These tables are where geeks go to ‘geekify’. It’s a safe space to explore ideas, to explore whom we are or whom we aspire to be. Fast forward to present day, and this is no longer an option, presenting a stumbling block for many people in this space. This is just what we’re used to, or in the words of The Mandalorian; “This is the way”.

Let me tell you my story and my experiences – both before and after COVID. When I lived in South Africa, my objective was always to have a big enough space within which to have people around to be able to sit together and have our gaming sessions together, which I was fortunate enough to have. My objective remained the same when I moved to Japan, and subsequently, when I arrived in the UK, the very first thing I did was invest in a giant table so that I could have people sitting around it, playing our roleplaying games. Naturally, this has always been a priority for me.

Well, none of that happened. For me, the idea of having a group of people around a table, particularly my table, to roleplay, realistically came to a stop after arriving in Japan. In Japan, the idea is not that you roleplay at someone’s house, rather you do this at a restaurant or a café specifically designed for roleplaying. As a result, if I had 4 groups of people around a table in those 2 years – it was a lot. For someone who had spent 20 years of his life playing roleplaying games around a familiar table at home or at a friend’s house, this was frustrating. Little did I know what was coming! 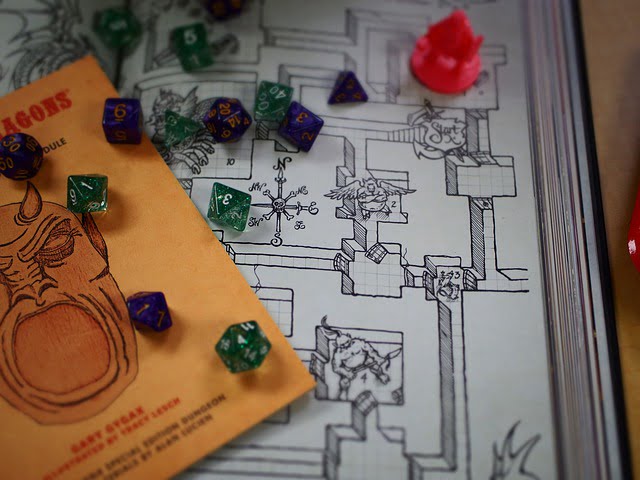 So where do we go from here? Naturally, it seems the only option is to explore and adopt online roleplaying. Which, initially didn’t really seem to be much of an option, given the history of the quality of Skype calls back in 2008. Frozen faces, frozen voices, mid –  adventure most certainly did not make for an epic roleplaying session.

There is no doubt that there has been a huge move towards the online roleplaying space, to enable us to keep up with the hobby that we love so much. However, I have noticed that there is still that barrier of not being able to physically see the people at your ‘table’ and have that in person connection. And this made me wonder – what is it, what is that thing that makes us need to physically see our friends?

Technology has undoubtedly connected us in ways that we would never have been able to connect in the past, but there is always that disconnect when we see our friends, family and even work colleagues on a screen as opposed to in person. And it seems that, the magic and the power of roleplaying in particular seems to be somewhat lost when we can’t sit next to our friends.

Now, the question is, do we feel this way because we as humans have been raised in community, and as a result, we’ve come to expect to be physically next to each other. And because we’ve learnt this from an early age, the expectation remains the same when it comes to roleplaying games too. We want to be next to our friends, to be able to feel the intensity of the adventure and the decisions we and the GM make. But can we unlearn this? And is it something we actually want to unlearn? Frankly, do we have a choice at the moment?

But, look for just a moment at the origins of Modiphius. The founder of Modiphius did not have anyone to play with in their little village growing up, and as a result, they focused on playing games independently of other people. They then capitalised on this notion of solo gameplay and have been greatly successful in this. Solo gameplay – not a new idea after all! And I most certainly have seen this becoming more popular in recent days. 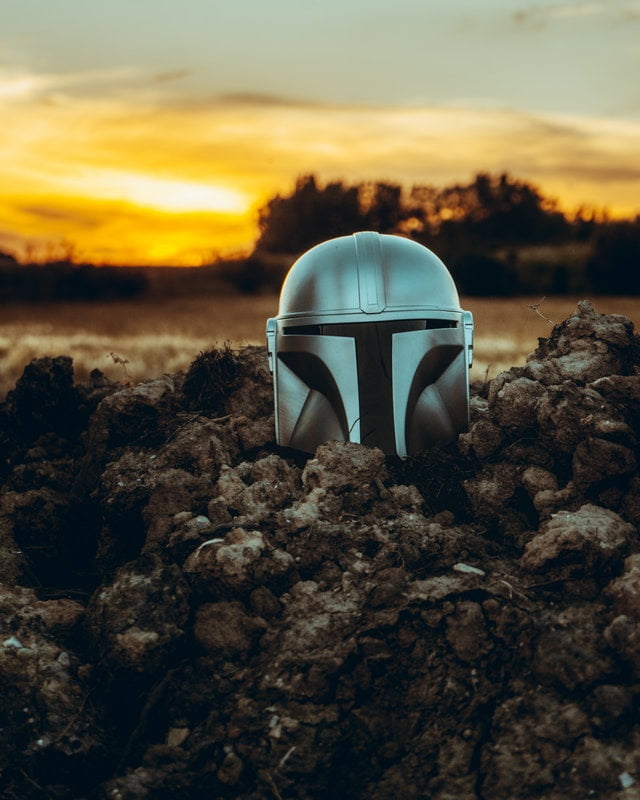 I truly believe that we may be headed for a revolution in terms of how we are roleplaying online. I believe that online roleplaying has been able to cater for those people who perhaps have never had an in person group to play with, or who may not like the socialisation aspect but love the roleplaying game itself. They now have a safe space to be able to do what they love and this is, in turn, opening up the hobby to larger groups of people and making it more accessible.

Take TableTop Wizard for example, this platform has been incredible in helping people from all over the world connect and play games together, whether it’s in person (pre COVID) or online. Giving various types of people the ability to connect in whichever way they feel most comfortable.

So we’ve accepted the fact that we’re social beings, that we like to be next to each other, but that we also love to roleplay and social distancing is not going to stop us. What then, are the experiences of some of these online roleplaying spaces?

Some, while beautifully put together, do seem to have barriers to entry. It can be somewhat cumbersome, particularly for the GM to orchestrate everything that goes on behind the scenes, while at the same time, managing the characters, where they go and what they do. 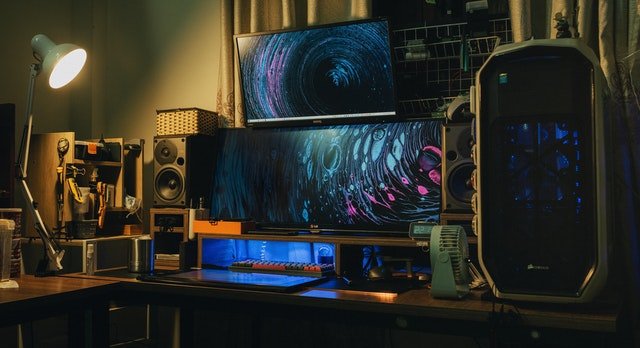 I was then however, introduced to a virtual reality headset – the Oculus Rift S – a PC powered gaming headset. And, in this headset, I discovered a fairly hidden away piece of software that allows you to set up a private room. In that private room, I can have multiple people join me, I can create a map in front of me, I can draw on the table, speak to the people in the room, and essentially – roleplay!

Keep in mind that it’s not designed as a virtual table top, so there aren’t dice rollers or all the character sheets yet, but the basic functionality is there and it’s exciting! This idea of being able to access and roleplay with people from all over the world may just become far more inviting than sitting in someone’s basement for an evening, particularly for our younger, up and coming RPG generation. No dishes at the end of the evening, no food envy at the beginning – it’s a win – win.

So, to come full circle and answer the initial question – where to from here? Despite the fact that we are inherently social beings and we love to physically be with our friends, I do believe that the online roleplaying space is gaining more and more traction, the developments are improving all the time and I really do think that with some roleplaying focused improvements, the virtual reality world is going to be where it’s at. 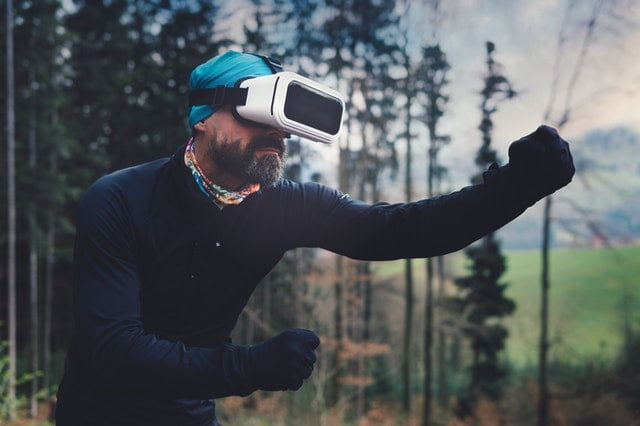 For us old school peeps, nothing is going to take away from being able to see, sit next to and laugh with our friends and soon, when it’s safe, we will be able to do that again.

For now, we will hold steady, stay strong and continue to play the games that we so love, in whatever way we can.

Oh and if you’re interested, you can check out the Oculus Rift S VR headset over here: https://amzn.to/3cPwvfL

And if you’d like to find or create a group to roleplay with, check out Tabletop Wizard here: https://www.tabletopwizard.com/

Catch a new video every Monday

Catch a new video every Monday on our YouTube Channel!

Subscribe
GreatGM Bag of Holding
Latest Videos
Video Categories
Manage Cookie Consent
To provide the best experiences, we use technologies like cookies to store and/or access device information. Consenting to these technologies will allow us to process data such as browsing behavior or unique IDs on this site. Not consenting or withdrawing consent, may adversely affect certain features and functions.
Manage options Manage services Manage vendors Read more about these purposes
View preferences
{title} {title} {title}